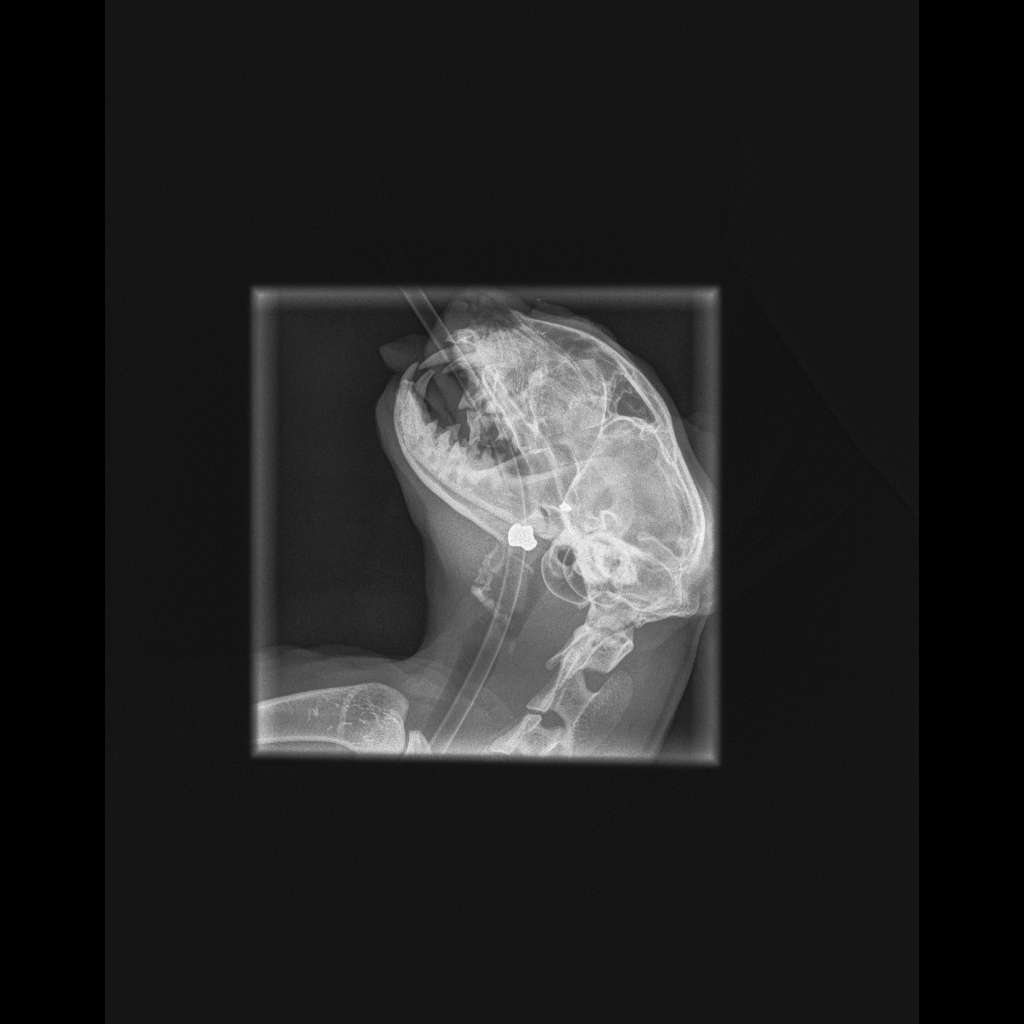 On the weekend of April 4th 2020, a cat was presented to our surgery with severe irreparable damage to his eye. Once the cat had been stabilised he was taken to surgery to remove the damaged eye. With the cat anaesthetised it became apparent that the injuries were more extensive than first detected. Imaging was performed to more fully assess the cats condition. We were deeply alarmed to discover that the injuries that cat had suffered were the result of what could only have been an intentional air gun attack, where the pellet penetrated the eye and then became lodged in the lower jaw. It is by some miracle that the cat survived the attack, losing only his eye not his life. We are happy to report that the cat is home and recovering well. The incident has been reported to the authorities but we implore Bromyard residents to be vigilant, both monitoring their pets for unexplained injuries and reporting anyone behaving irresponsibly with an airgun in the area.