The surgery was originally based in Gwynne Street, next to the old Wye bridge. The surgery started as a mixed practice, treating all animals from farm animals to horses to pets. In the post war years Hereford was a much smaller city, and this was an ideal location to get to all the many farms in the surrounding countryside - in an age when farms tended to be much smaller and very mixed. In those days, when traffic was much lighter, horses were often ridden to the surgery for treatment. As the city of Hereford grew, access to the surgery became an issue, along with frequent flooding of the building by the River Wye. So in 1990 we opened up a new branch of the surgery on Roman Road in the Holmer area. The photo shows the early days of the surgery, before the extension had been built, and at a time when we were surrounded by fields.

In 2001 the surgery was expanded - to almost double in size - with a large extension to house a purpose built operating theatre, imaging suite, and wards for our patients. We continued with mixed practice, and it wasn't unusual for our pet owners bringing in their animals to see one of our vets in a trailer in the car park doing a lambing, or for horse riders to ride their horses to us for their vaccinations. 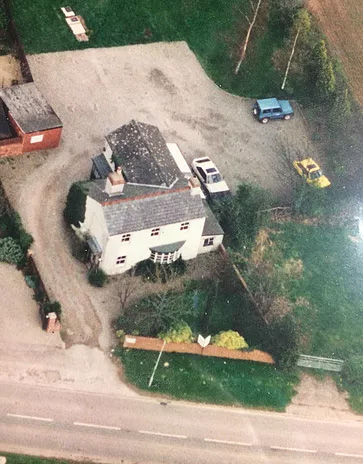 In 2015 we stopped the farm and equine work in order to concentrate solely on treating Herefordshire's pets, and since then the practice has expanded further, with more vets, more pets, and more equipment. Another extension is on the horizon, to provide a larger waiting area and more consulting rooms, and we cannot wait! Many of our clients have been with us since the days of Gwynne Street, and we hope they enjoy watching the surgery grow as much as we enjoy being part of it!