Welcome to our summer newsletter. Where has the time gone? We have already been blessed with some wonderful summer days but, as always, we need to remember that is can be difficult for some of our animals to cope in the warmer weather, we also need to be extra vigilant for certain disease processes at this time of year. It may seem obvious but making sure that dogs are exercised only at the cooler times of the day to help avoid heat stroke, especially in older dogs and brachycephalic breeds, as well as avoid the risk of skin burns on their foot pads. All pets should have access to a cool shaded area (sadly this can be forgotten when a rabbit or guinea pig is put out in their run for the day) and to plenty of fresh water. With the flies being out in force it s particularly important to ensure hutches are kept clean and rabbits are checked at least twice a day for signs of flystrike. For rabbits who are prone to having a mucky back end preventative treatments like 'Rearguard' are highly recommended. It is not only rabbits that can suffer from fly strike pet chickens and sheep can also be affected as well as any animal with a chronic sore or ulcerated mass. Please do not forget to look back at previous summer newsletters to find out more information on all these topics and more summer holiday related issues .

With increasing number or imported rescue dogs and pet travel in this newsletter we will look at some exotic worms that have been detected in dogs in the UK. For our second article we give an overview of Diabetes Mellitus a common condition of dogs and cats.

Exotic diseases transmitted by ticks, such as leishmaniasis, ehrlichiosis and babesiosis have long been recognised in dogs which have been imported or travelled outside the UK. With the ever increasing popularity of adopting rescue dogs from overseas and pet travel, alongside the increase in UK temperatures there are some exotic worms that have been identified in dogs in the UK, and have the potential to become endemic here . Some of these parasites have zoonotic potential, meaning there is a risk of transmission to humans.

E. multilocularis is a tapeworm of foxes, dogs and, less commonly, cats which can be transmitted by voles as an intermittent host. E.multilocularis infection in dogs can be asymptomatic or symptoms are generally mild and non-specific, like any other gastrointestinal worm infestation, so can include perianal itching, diarrhoea and weight loss despite an increased appetite. The major concern about this worm relates to the severity of disease it can cause in humans. If a human becomes infected by this worm, via ingestion of the tapeworm eggs, then cysts can develop. Unlike the cysts of other tapeworm species, which remain within a confined cystic structure, the cysts of E. multilocularis bud outwards with local and metastatic spread, this can lead to liver and potentially multiple organ involvement. The importation requirement for dogs to be wormed with praziquantel 1-5 days before coming into the UK is aimed at reducing the risk of importing this potentially life-threatening worm into the UK. It is also advisable to worm dogs again 30 days after they enter/return to the UK. 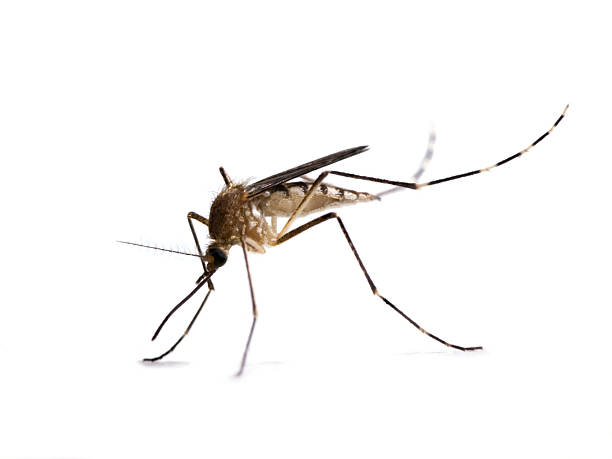 D.immitis primarily affects dogs but can also affect ferrets and cats. The worm is transmitted via the bite of a mosquito. Heartworm is endemic in eastern Europe and with the increasing temperatures has the potential to complete it’s lifecycle in the UK. Infections can be subclinical to severe and life threatening. Microscopic larvae (microfilaria) are injected into the dog as the mosquito feeds. The majority of larvae migrate to a major heart blood vessel, the pulmonary vein, where they become sexually mature adult worms.

Clinical signs will depend on the level of worm burden. Acute symptoms can be sudden death, anorexia, weakness, breathing difficulties, ascites (fluid filled abdomen), anaemia. More chronic signs tend to result from inflammation caused by the migration of the microfilaria including coughing, respiratory distress, anorexia or vomiting. Diagnosis of heartworm can involve microscopic examination of blood, ultrasound of the heart, with blood tests available to detect female worm proteins or antibodies to the worm in the blood stream. Large worm burdens are best treated surgically. Where surgery is not available medical treatment is possible, however some of the drugs used are not licensed in the UK and require a special import license to obtain them from Europe. Treatment of heartworm carries a risk of blood clot formation, which in itself can be life threatening. Prevention of heartworm involves use of mosquito repellents; reducing potential exposure to mosquito’s by using mosquito nets and avoiding walking dogs when mosquitos are most active (dawn and dusk); regular prophylactic wormer effective against microfilaria.

A similar worm to D.immitis, D.repens is less pathogenic with adult worms living in the skin of cats and dogs. Like heartworm, D.repens is transmitted via the bite of a mosquito. The worm can complete it’s lifecycle at lower temperatures than heartworm and so is widely distributed in Europe. Infected animals can present with conjunctivitis and/or skin nodules. Treatment involves surgical removal of nodules or treatment with moxidectin/imidacloprid spot on, which can also be used for prevention alongside mosquito repellents. D.repens is a zoonosis causing conjunctivitis in infected people.

Transmitted by the fruit fly, Phortica variegate, when they feed on lacrimal secretions (tears), the worm resides in the conjunctival sac of a variety of hosts including dogs, cats, rabbits and humans. Infection commonly causes conjunctivitis, watery eyes, swollen eyelids, eye ulcers and in severe cases can result in blindness. Widespread in Europe the fruit fly vector has been recorded in the UK so the worm has the potential to become endemic in the UK. The worm is detected by examination of the eye and treated by flushing the eye as well as using suitable worming containing imidacloprid/moxidectin or milbermycin oxime. 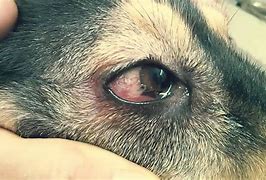 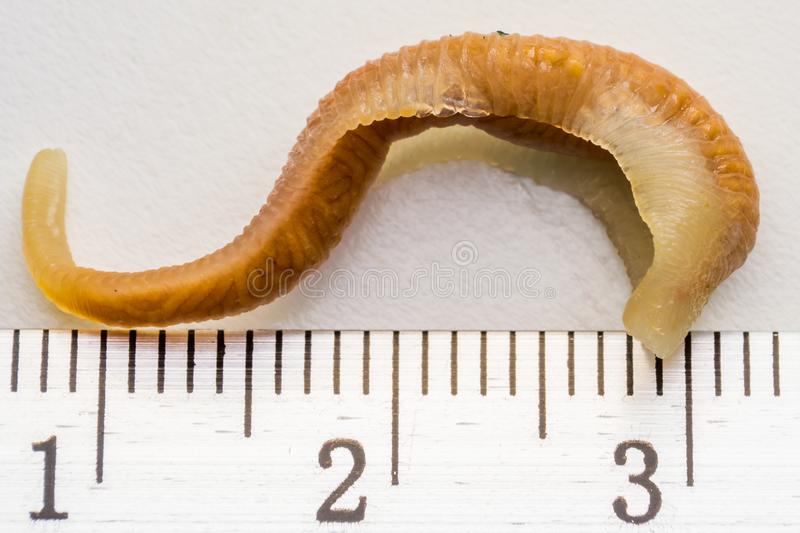 L.serrata is not a true worm as it is more closely related to insects. The tongue worm adults, which gets their name from thier tongue like shape, are found in the nasal passages of dogs and foxes. Eggs are passed in the dog’s faeces or nasal secretion, the eggs are ingested by intermediate hosts (e.g. cows, sheep, rabbits, horses) where they develop into nymphs, with ingestion of raw offal leading to infection of more dogs.

Infected dogs may present with sneezing due to nasal irritation, sometimes sneezing out the adult parasite, or gagging. Diagnosis can be achieved by visualising the worm using endoscopy or testing for eggs in nasal secretions or faeces. Treatment involves endoscopic guided removal of the worms and/or treatment with an anti-parasitide. L.serrata is a zoonotic disease, humans are infected through eating raw or undercooked offal, or via ingestion of eggs from the environment or nasal discharge of an infected dog. Infection in humans can lead to inflammation of the nose and throat, a blocked nose and pain, larvae can sometimes migrate into the front of the eye.

Diabetes Mellitus is an inability to regulate and use blood sugar (glucose) effectively, leading to a prolonged chronic increase in blood glucose levels. Almost all diabetic dogs suffer from type 1 diabetes, where there is a lack of insulin production. Insulin is the hormone responsible for moving glucose out of the blood stream and into the cells around the body. Unlike dogs, cats usually suffer from type 2 diabetes, where there is a resistance to insulin, the body does not respond to the insulin in the normal way and so it’s ability to regulate blood sugar levels lost.

In dogs, diabetes usually occurs after the pancreas is damaged by an inflammatory response either when the body inappropriately produces antibodies against the insulin producing cells (auto immune disease) or sometimes after an episode of pancreatitis (inflammation of the pancreas). The inflammatory process destroys the cells responsible for producing insulin. Some dogs will develop a type 2 diabetes secondary to another disease process such a condition called cushings (where they produce too much steroid) or some cancers.

In cats, diabetes usually occurs secondary to a combination of lifestyle factors such as diet and obesity, or it can occur secondary to other diseases such as acromegaly (an over production of growth hormone) or pancreatitis. Certain breeds, such as the Burmese, are more commonly affected.

What are the symptoms? 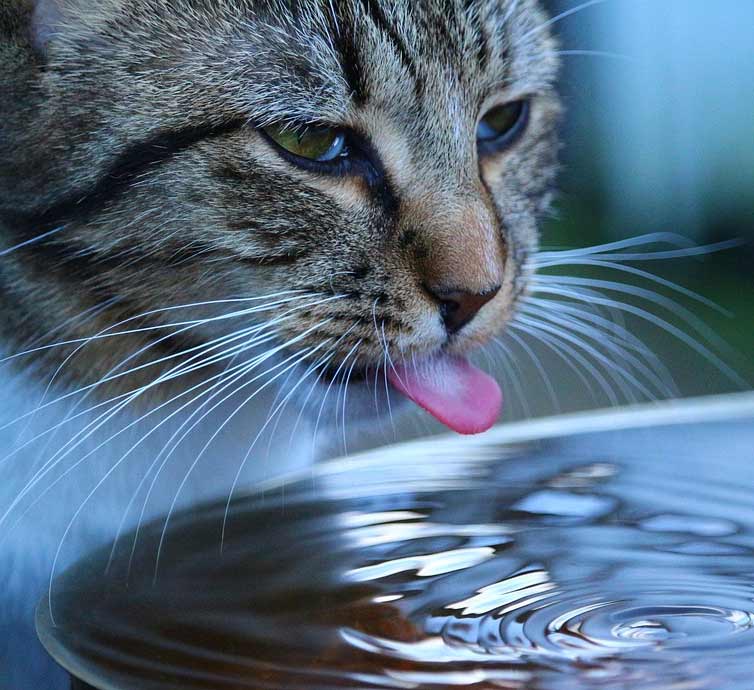 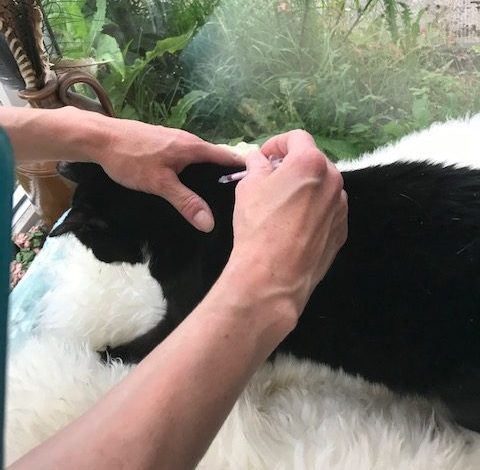 How is diabetes treated?

Type 1 diabetics – dogs and most cats, will need insulin, the best stabilisation usually achieved by giving injections about 12 hours apart after a meal. Giving injections can be a very daunting task, but most owners take to it very quickly, with it soon becoming a part of daily life. A vet or nurse will demonstrate how to inject and help you build confidence at the start of treatment. Caninsulin has some great resources and advice for owners of diabetic pets on their website. Insulin is measured in international units (IU). The ideal dose will vary between individuals and so is tailored to the individuals needs. When starting new patients on insulin we start with lower doses and look to review them frequently as we gradually adjust their dose. Once stable your pet will still require regular check-ups (roughly every 3-6 months, sometime more frequently) to monitor their weight and sugar levels.

As a general rule if a pet is unwell, particularly if they are inappetant or vomiting then it is recommended to give half the normal dose of insulin and/or contact your veterinary surgery for advice.

Regular feeding is essential, if your pet’s diet is varied their response to the insulin can be very unpredictable and can make it difficult to achieve stable diabetic control. Dogs should be fed twice a day around the time of their insulin injections, whilst cats often do better on ad lib feeding.

Type 2 diabetics – cats, though they do not have an overall lack of insulin, often insulin is still needed to help overcome the resistance. The same applies as with type 1 diabetics often twice daily injections are required. Obesity has a direct link with increased insulin resistance and so an appropriate diet and looking to keep weight under-control is an essential part of managing the disease. A high protein diet is recommended, and can help stabilise cats with diabetes, unless the cat is suffering a concurrent illness, such as chronic kidney disease, where such a diet would be contraindicated. For some cats with mild diabetes such a diet can on occasion be enough to achieve remission without the need for insulin. For some patients reducing body weight will reduce their insulin resistance and they may achieve remission, where further insulin therapy is not required. For this reason, they need to be monitored carefully to ensure we are treating them appropriately. Some cats who achieve remission will subsequently re-develop diabetes and need to restart treatment.

Possible complications of diabetes and it's treatment 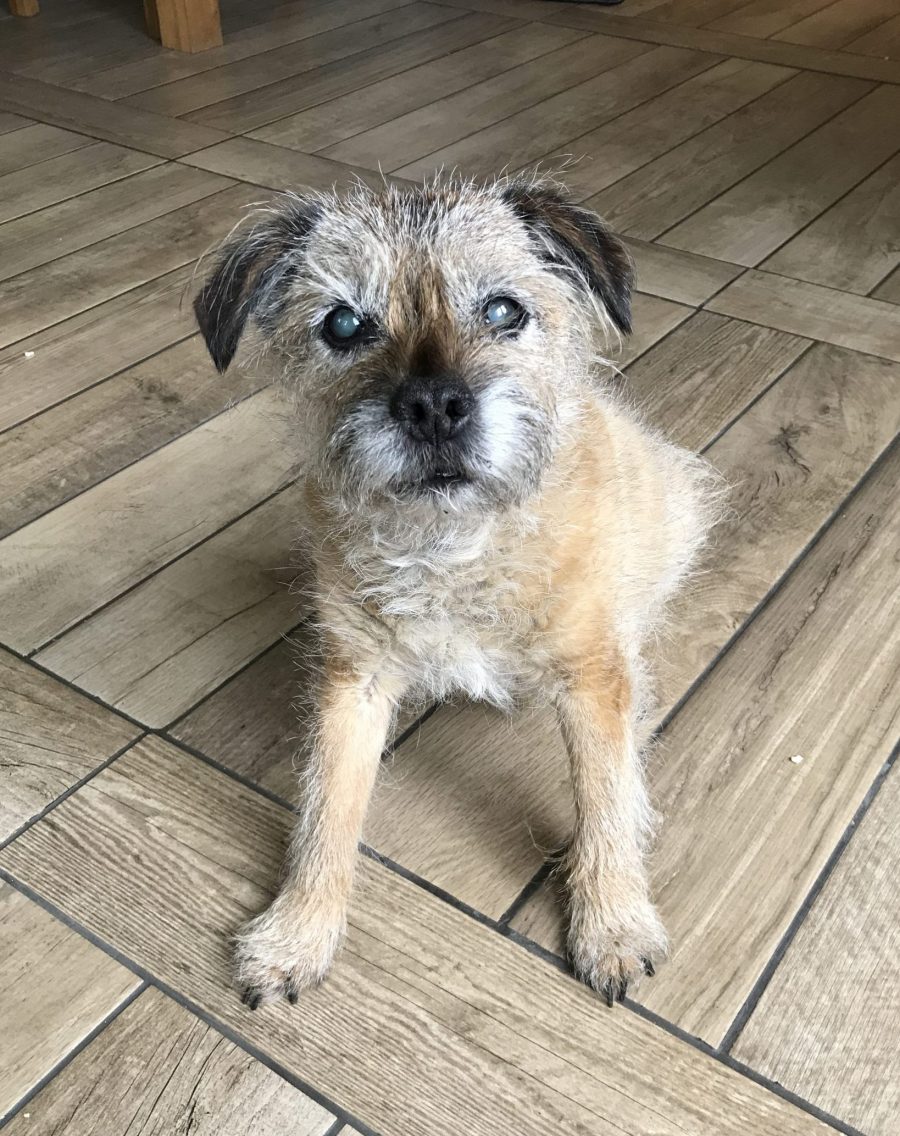 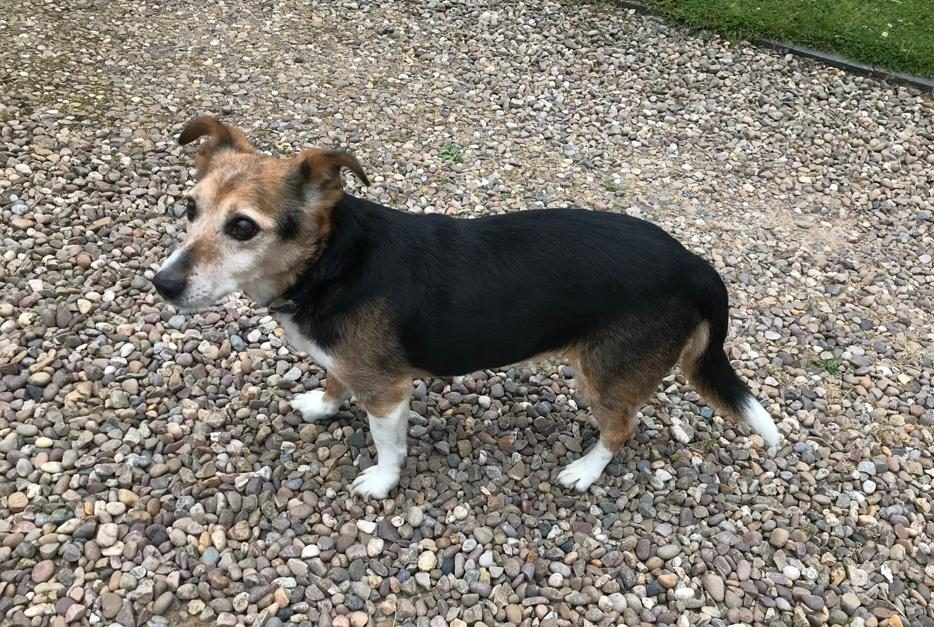 What is the long-term prognosis for diabetic pets?

For cats, provided they take to injections well, stick to a good diet and manage to keep their weight down, most will lead long and relatively normal lives. Sadly, cats who have an underlying disease condition triggering the diabetes are often much harder to stabilise.

If you are concerned your pet may be showing symptoms consistent with diabetes please take them to your vet for a check up, if possible taking a fresh urine sample with you.