Vaccines are products that stimulate active immunity in your pets against certain diseases. This will prepare their body to fight off infections from potentially life threatening diseases in the future.

Vaccines contain “antigens” which, to the immune system, look the same as those from an infectious organism, but don’t actually cause the disease. The healthy animal then prepares “antibodies” against these vaccine antigens, so that when the real disease-causing organisms invade, the body already has made the right weapons to fight them off. 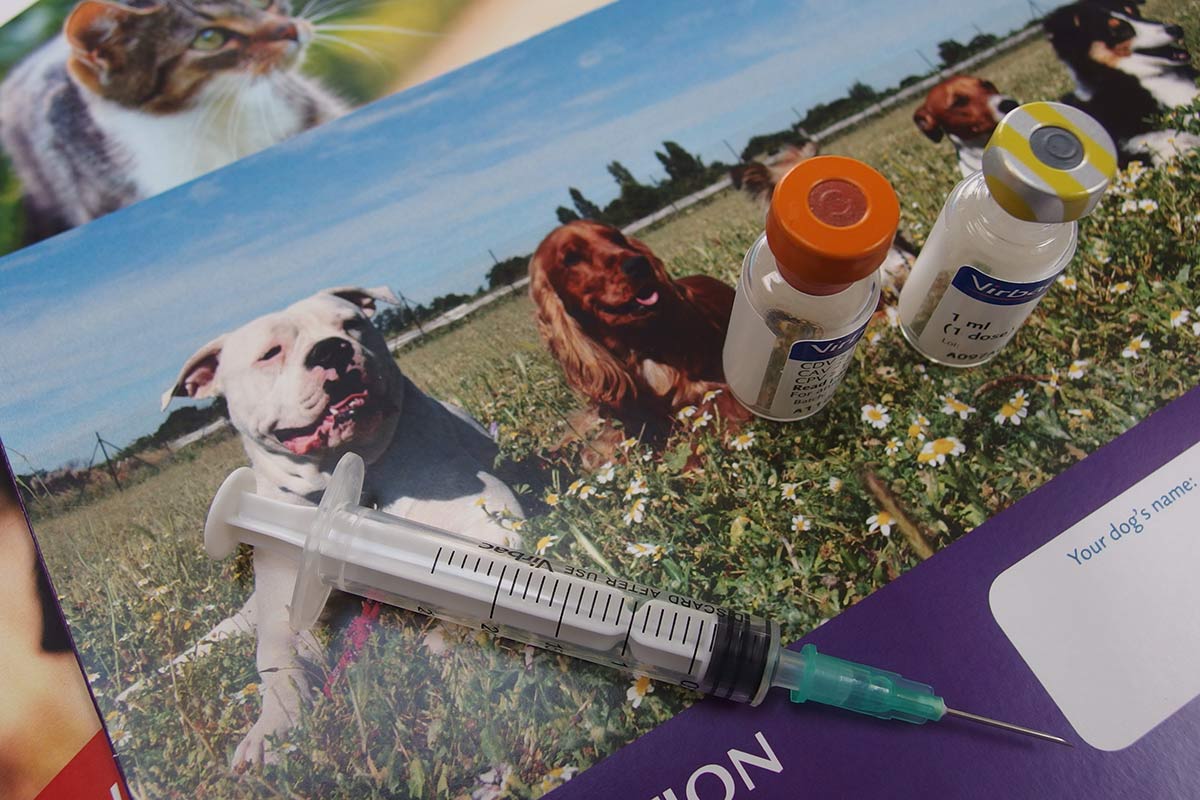 Why do we need to vaccinate our pets?

When to vaccinate my pet?

We aim to tailor your pets vaccination to their individual needs.

What do we routinely vaccinate against?

A virus which affects many parts of the body. Causes a fever, respiratory signs, gastrointestinal signs, neurological signs, and possible death.

A virus which targets the blood vessels, liver, spleen and lungs. Causes a fever, signs of bleeding, liver and kidney damage, and possible death.

A virus causing vomiting and haemorrhagic diarrhea and damage to the gastrointestinal system. Fairly common and frequently fatal

A bacterial infection which can also infect other species, including humans. Causes kidney and liver failure and problems with blood clotting, potentially fatal. We use the newest L4 vaccines, which covers 4 of the most common strains of leptospirosis, compared with other vaccines which only protect against 2 strains.

Can be caused by a virus or a bacteria. Easily spread through exposure to cough or nasal droplets from an infected dog, either directly or through exposure to a contaminated environment. Most commonly causes a harsh cough which is self-limiting resolving within 2 weeks), but in immunocompromised or weak individuals it can develop into a potentially fatal pneumonia.

A viral infection not currently present in the UK but a risk for dogs (and cats) travelling abroad. Transmission from the saliva of an infected animal via a bite. Symptoms may not appear for a few weeks after exposure with changes in behaviour, progressive weakness and ultimately death within 4 months. 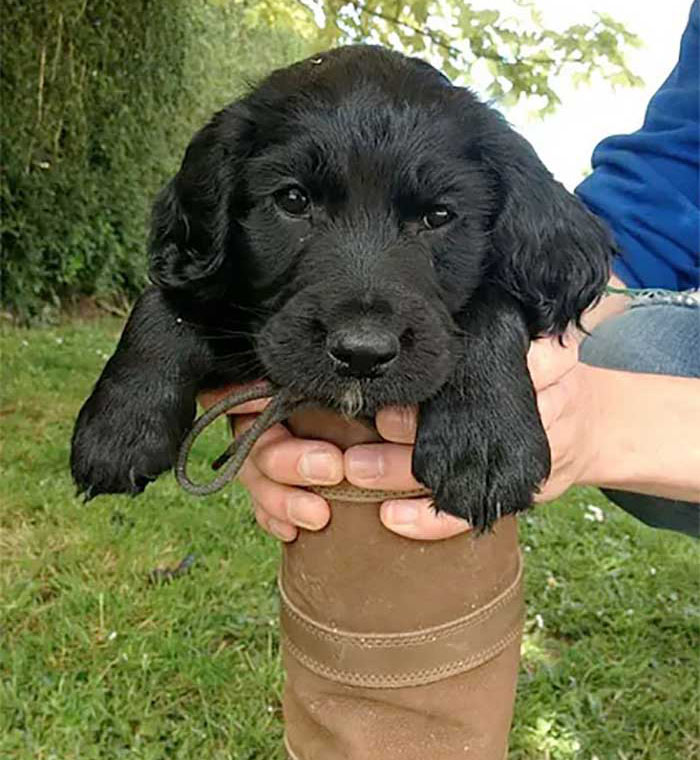 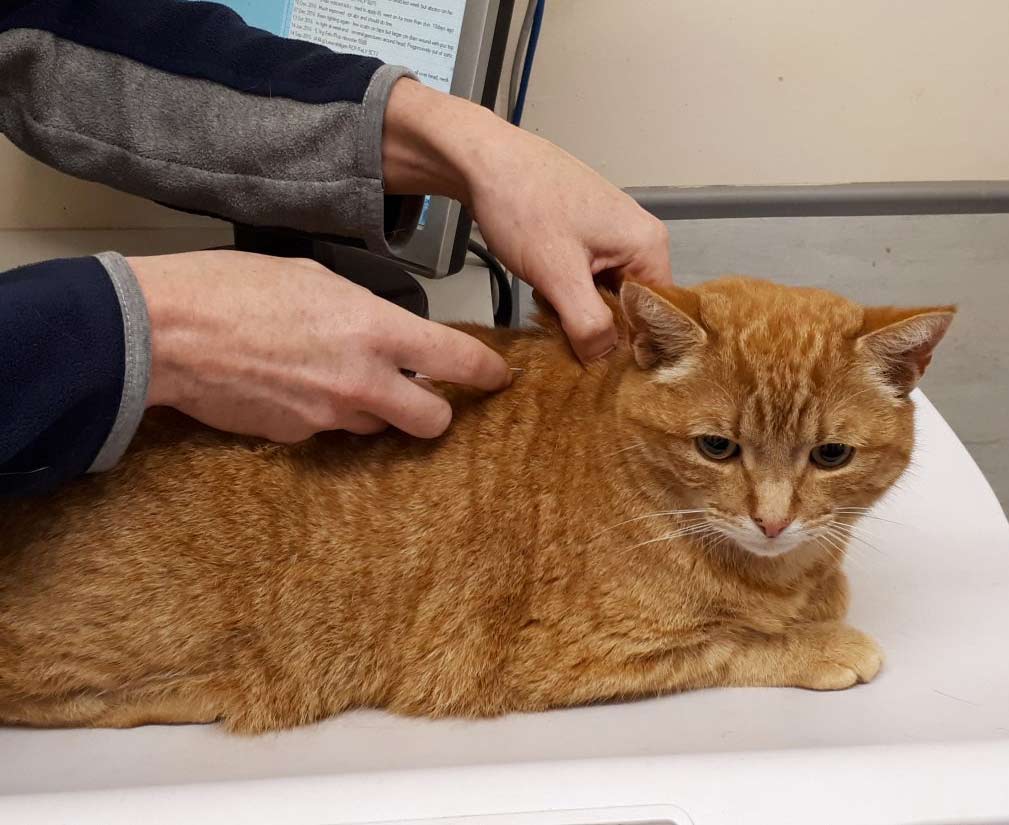 A highly contagious viral disease spread through direct and indirect contact with infected rabbits as well as biting insects. Causes skin lumps facial (especially eye and ear) and genital swelling. Nasal and eye discharge can progress to respiratory signs, loss of appetite and lethargy. Affected rabbits are usually dead within a couple of weeks.

Two strains of virus in the UK RVHD1 and RVHD2. Transmission is through direct or indirect contact with an infected rabbit or blood sucking insect. The virus affects the lungs liver and spleen, with effects on blood clotting. Rabbits may be suddenly found dead, be found dead with a bloody discharge after a short period of illness, have mild vague signs of illness from which they can recover. 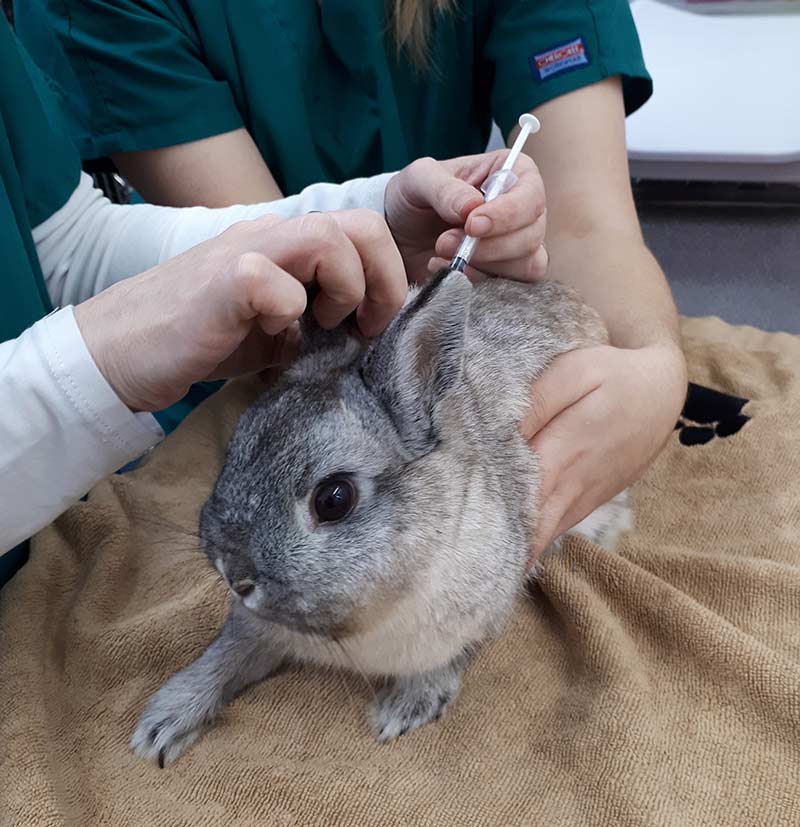